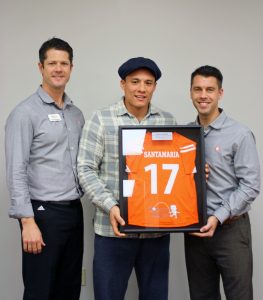 Daniel Santamaria has officially been awarded a Soccer Shots franchise. Daniel is now the owner of a brand new territory in New York City: Staten Island. We are excited to have Daniel join our franchise community!

“I developed a passion for playing soccer during my childhood years, which later furthered my interest in coaching youth soccer. I have a strong passion for coaching youth soccer and wanted to dedicate more time by becoming a Soccer Shots franchise owner. My interest in owning a franchise comes from being able to take the initiative of putting 100 percent toward developing something I truly enjoy doing, on a daily basis.”