Home From the Field Soccer Shots featured on CNBC 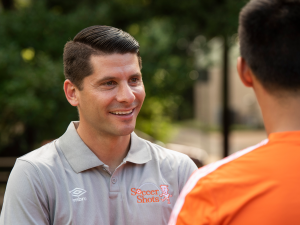 Alex Woods started with Soccer Shots as a part-time coach to make extra money during his professional soccer career with the Charlotte Eagles. Little did he know, his coaching gig would turn into a business opportunity that now allows him to manage a team of 30 people with a gross revenue of $1.5 million in 2015.

Woods was quoted in the article saying, “Soccer Shots gave us a blueprint, and I just follow it.”