We’re thrilled to have recently been named to Inc. magazine’s annual Inc. 5000 list, the most prestigious ranking of the nation’s fastest-growing private companies! This ranking represents the 6th time Soccer Shots has been named to the list, an achievement only 3% of companies in America can lay claim to. 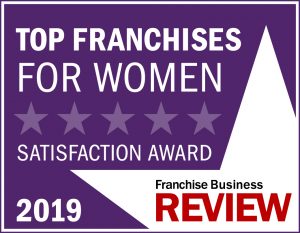 Additionally, we were named a top franchise by Franchise Business Review in its 2019 reports on Top Franchises for Women and Top Service Franchises.

“The ideal franchisee for a service franchise is someone who is passionate and invested. A service franchise is about the impact and the people. It is not simply a transaction or a ‘set it and forget it’ business model – it’s a relationship,” said Justin Bredeman, CEO of Soccer Shots. “A franchisee has to be hungry, humble and smart and willing to put in the hard work, including knowing that hard work will bring them satisfaction when they see the end result. Our owners are committed to making a difference in their communities through Soccer Shots, and it’s an incredible honor to not only be recognized for that, but for the powerful women who make up our franchise system as well.”

Soccer Shots was among more than 265 franchise brands, including nearly 8,800 women franchise owners, that participated in Franchise Business Review’s research on the Top Franchises for Women and Top Service Franchises. Our placement on both lists shows the high satisfaction that owning a Soccer Shots location brings our franchise owners.

Franchisee Steve Dregits was quoted in the report, where he said he believes Soccer Shots was rated so highly by franchisees because the system genuinely cares about the success and development of each member.

“The strong culture and sense of camaraderie among Soccer Shots franchise partners has no doubt made the value proposition of the franchise opportunity much stronger,” added Justin. “When you invest in Soccer Shots, you invest in your community and you become part of the family.”